As we get closer to launching the early-access program (EAP) for Sophos ZTNA, we wanted to answer a lot of your questions about our solution and what to expect.

You can learn more and ZTNA and register for the early-access program today to stay informed and be the first to know when the EAP starts.

The early-access program is expected to start in early March. Learn more and register for the EAP today at sophos.com/ztna!

What is ZTNA all about?

What are the benefits of ZTNA compared to remote-access VPN?

While remote-access VPN continues to serve us well, ZTNA offers a number of added benefits that make it a more attractive solution for connecting users to important applications and data:

What does Sophos ZTNA include? 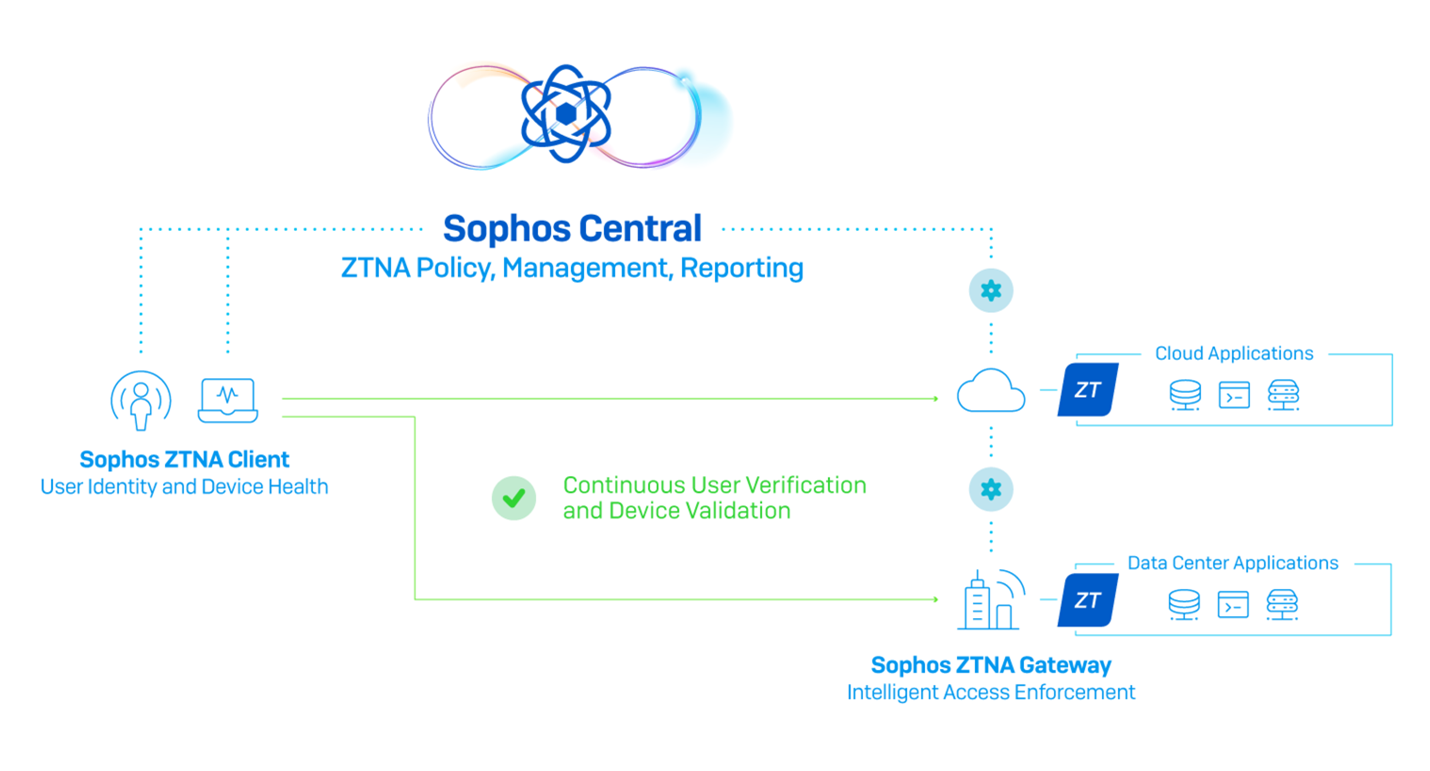 When will Sophos ZTNA be available?

The first phase of the early-access program (EAP) is targeted for early March. Launch is expected to be around mid-year 2021. You can register now for the EAP.

Which types of applications are ideal for ZTNA?

Sophos ZTNA can provide secure connectivity for any networked application hosted on the company’s on-premise network, or in the public cloud or any other hosting site. Everything from RDP access to network file shares to applications like Jira, wikis, source code repositories, support and ticketing apps, etc.

ZTNA does not control access to SaaS applications like Salesforce.com or Office365, which are public internet-facing applications servicing many customers by design. Secure access to these applications is provided by the SaaS vendor and the application, and is often further enhanced through multi-factor authentication.

Which client, gateway, and identity platforms will be supported?

Is ZTNA a stand-alone product or does it require another Sophos product?

Sophos ZTNA is a stand-alone product and does not require any other Sophos Products. It is managed by Sophos Central, which is free, and obviously offers a ton of benefits when customers have other Sophos products. It can easily deploy alongside Intercept X, but Intercept X is not a requirement. Sophos ZTNA can also work alongside any vendor’s desktop AV or firewall.

Sophos ZTNA will be an easy-to-deploy option alongside Intercept X and device encryption when protecting devices from Sophos Central, as shown below…

Will ZTNA integrate with Sophos XG Firewall and Intercept X?

Sophos ZTNA is fully compatible with XG Firewall and Sophos Intercept X. In fact, it takes advantage of Security Heartbeat to assess device health, which can be used in ZTNA policies.

As mentioned above, deployment of the ZTNA client can easily happen as part of an Intercept X roll-out: it’s as simple as checking a box. Of course, Sophos ZTNA can also work perfectly with other vendor desktop AV or firewall products, but it will work better together with Sophos products such as XG Firewall and Intercept X.

How will licensing and pricing work?

Sophos ZTNA will be licensed on a user basis like our endpoint products, not per user-device. So if a user has three devices, they only require one license.

Customers can deploy as many ZTNA gateways as they need to protect all their apps. There is no charge for the gateway or for Sophos Central management.

How does ZTNA compare to…

DUO is an identity technology provider focused on multi-factor authentication (MFA) to help users verify their identity. Identity and MFA – and thus DUO – are parts of a ZTNA solution. ZTNA also verifies device health. Sophos ZTNA will initially support Azure MFA and any identity provider that integrates with Azure, including Duo and other MFA solutions as well.

While remote-access VPN has served us well, ZTNA has a number of benefits when compared to VPN, as outlined above. Of course, there will be some situations where VPN continues to be a good solution: where a relatively small number of people (e.g. the IT department) needs broad access to network applications and services to manage them.

VPN will still be instrumental for site-to-site connectivity but for most organizations’ users, ZTNA can replace remote-access VPN to provide a better, more granular security solution – all while being more transparent and easier for users.

ZTNA and Synchronized Security are both conceptually similar in that they both can use device health to determine network access privileges. In fact, Sophos ZTNA will use Security Heartbeat as a key component in assessing device health.

ZTNA is also more about controlling privilege and access to applications, while Synchronized Security is more about automated response to threats and preventing threats from moving or stealing data.

SASE (pronounced “sassy”) or secure access service edge, is about the cloud delivery of networking and security, and includes many components such as firewalls, SD-WAN, secure web gateways, CASB, and ZTNA. It’s designed to secure any user on any network, anywhere through the cloud. So as you can see, ZTNA is a component of SASE and will be an essential part of our overall SASE strategy.

To learn more about Sophos ZTNA and sign up for the early-access program, visit our ZTNA website.