Full-disk encryption is the first line of defense Increased remote working makes it more important than ever to secure computers and the data on them. With the huge number of laptops that are lost, misplaced, or stolen every day, a crucial first line of defense for devices is full-disk encryption.

With full disk encryption rolled out, admins can ensure sensitive company data can’t be accessed, even if a device falls into the wrong hands. And while disk encryption has long been a vital component of device security, it has also frequently been associated with complexity and admin overhead. Setting up and maintaining servers, dealing with encryption keys, and helping users who’ve forgotten their credentials all takes time and effort.

Under the hood, we leverage Windows BitLocker and macOS FileVault technology to do the heavy lifting when it comes to encrypting and decrypting data on the disk. With these technologies being integrated deeply into each operating system, performance and security is first-class. 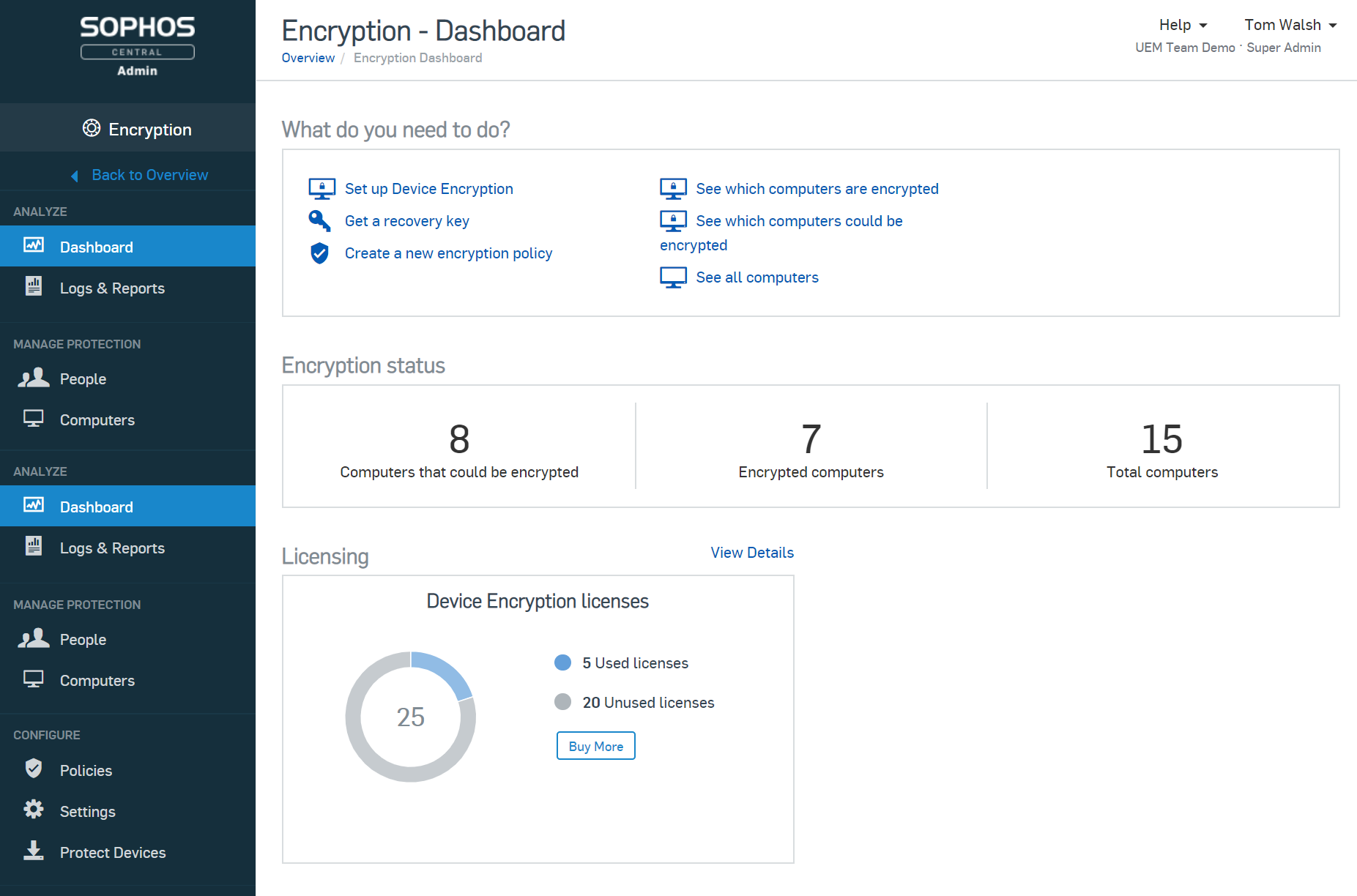 As a part of compliance requirements, companies often need to verify which computers in the organization are encrypted. The cloud-based Sophos Central Admin console provides great visibility into device status, including which disks are encrypted and the last time a device checked in. The next version of Central Device Encryption adds a new Encryption Status report, further drilling down into device encryption status, making it even easier to help demonstrate compliance across the organization.

An important consideration with disk encryption is how users will regain access to their devices if they forget their credentials. The Sophos Central Self-Service Portal lets users retrieve their own recovery keys without needing to contact the IT helpdesk. Users get back up and running faster, and IT teams have fewer tickets to deal with.